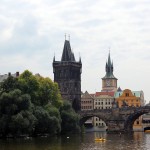 About  the Czech Republic

Czech refers to the Czech-speaking inhabitants of the Czech Republic (Česká republika). The Czech Republic has its roots in the ancient kingdoms of Bohemia (the Western part) and Moravia (the Eastern part), collectively known as the “Czech lands.” Northern Moravia also includes Silesia (Slezsko), a
historical region that lies mostly in southwestern Poland.

In the 1800s, the ethnic composition of the Czech lands was predominantly Czech or German. The Silesians (Slezané) mostly maintain their ethnic identity but are often considered a subset within the Czech culture. For centuries, the country was known as Bohemia.

You can find out more about which cookies we are using or switch them off in settings.

This website uses cookies so that we can provide you with the best user experience possible. Cookie information is stored in your browser and performs functions such as recognising you when you return to our website and helping our team to understand which sections of the website you find most interesting and useful.

Strictly Necessary Cookie should be enabled at all times so that we can save your preferences for cookie settings.

If you disable this cookie, we will not be able to save your preferences. This means that every time you visit this website you will need to enable or disable cookies again.